Tannerite is a binary explosive used primarily as a target for firearms practice, and is unique in that it is exceptionally stable when subjected to less severe forces such as a hammer blow or being dropped. It is supplied as two powders which are combined to produce the explosive. Tannerite is a trademarked name, and binary exploding targets are a patented invention.

Tannerite company recommends using 1/2 pound charges (0.23 kg), which should detonate when shot by a high-powered rifle. Small caliber rim-fire or slow moving pistol ammunition will not initiate a detonation.

Tannerite is used by shooting clubs to provide explosions for their participants in large-scale shooting events, tactical teams, fire authorities, as well as members of the general public who wish to have a shot indicator for extreme long range shooting.

Tannerite detonations occur at a very high velocity, producing a large explosion and cloud of water vapor. It may be useful for persons who are firing at long ranges; in this scenario, a long-range rifle shooter em-places targets, retreats to his firing position, and fires. The shooter does not wish to have to walk down range to see if he has a hit, the Tannerite will detonate and serve as an indicator.

Since the two components are not explosive until mixed, they can legally be purchased and used in the USA without any kind of license. Storage of the mixed Tannerite for commercial purposes may fall under federal regulation unless stored in approved magazines.

Tannerite is specifically designed to be safe. Tannerite will not cause a fire and can not be initiated by any method other than a center fire rifle. A person who combines binary targets for non-commercial purposes is exempt from licensing requirements. No special licences are required to Purchase Tannerite and it is legal in all 50 states. 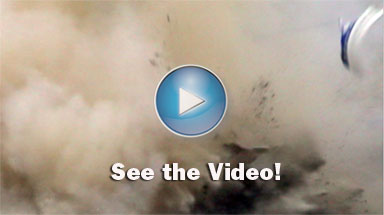 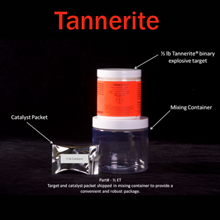 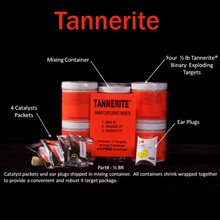 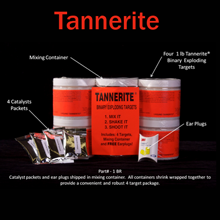 This is the big brother to the Half Brick. Each brick contains four 1 pound Tannerite® binary exploding targets, 4 catalyst packs, a mixing container, and a set of ear plugs. 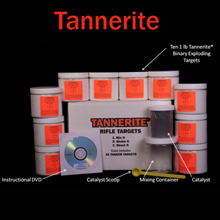